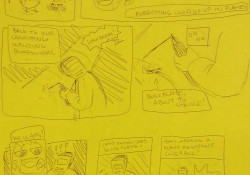 You've been waiting on the edge of your seat for weeks now. Your friends have given up on you, even your family has turned their backs on you. But this next installment of TEAM WORKWEAR is here for you 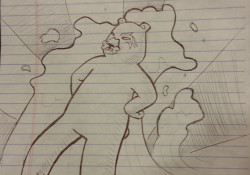 What does it mean to be manly? What is manhood? What is masculinity? These are the questions we often ask ourselves in the womb, before being brutally thrown out (naked) into the real world, taking the 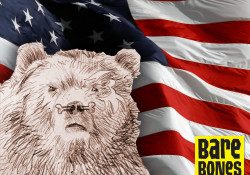 Now I've seen a lot of bears in my day (I haven't), so I can definitely say that Barey Bones is the most rugged, grizzly, stoic, bold, manly (whatever that means), helpful, and intelligent American bear

Gather around, kids, it’s time you knew about the legendary Barey Bones. I’m sure you already heard about how Barey Bones obtained the mythical Class 5 hi-vis vest after rigorous training with his pigeon sensei. Now, you will hear the story about how Barey found his tribe. 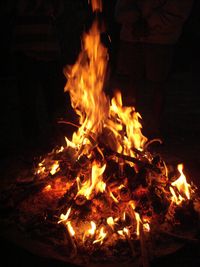 It was a night much like tonight, when the cold breeze drew campers closer to their fires. Barey was just a cub back then, a furry little creature that had his happy-go-lucky nature taken away from him too soon when his parents were hit by a semi while crossing the road. He didn’t know how to hunt or fish, and he barely knew which berries he could safely eat, so he managed to feed himself off of the dumb mistakes of campers. One day, Barey was rummaging through his favorite dumpster–the last one before humans drove onto the main road. It was, of course, dark, so Barey didn’t even see the figure standing above him as he cleaned the meat off a chicken bone. Nor did he see the lid closing down on the dumpster. If he had seen either of those, he surely would have scared the man away, at least until he could finish his meal. But Barey, focused on that bone, was completely oblivious until he heard the dumpster lid slam shut and the lock click into place. 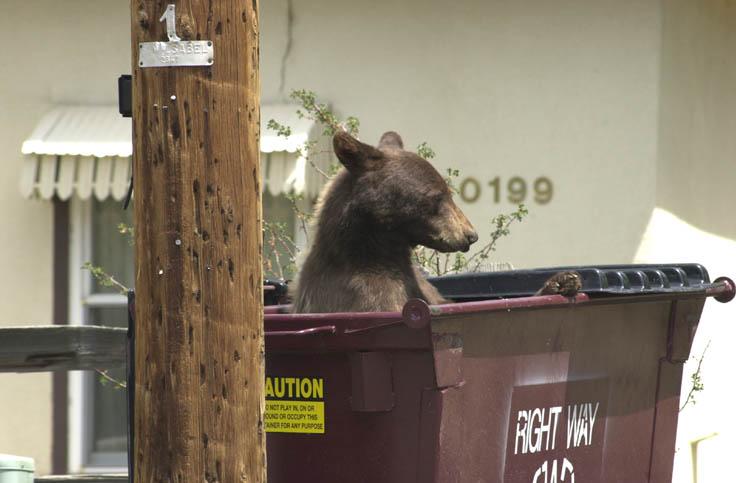 At first he wasn’t scared. After all, being stuck in a dumpster for a night was like a bear’s dream come true. You get to eat all you can in absolute peace. But then, the dumpster started to move and Barey, trying to find footing as he was tumbled around, quickly spat out the chicken bone as he bearly contained his panic (sorry, I had to). Barey slipped on a banana peel, hitting his head against the side of the dumpster and passing out.

When he awoke, Barey found himself laying on a pile of trash, the banana peel laying on his head. Angrily he picked it up and tossed it aside. That’s when he noticed that he was laying on a conveyor belt that was taking him straight toward a giant steel block with teeth that smashed everything that went through. Barey tried to scramble to his feet, but kept slipping on trash bags and pieces of under cooked meat. His heart beat faster with every inch he moved closer to the smashing block, each unsuccessful step he took. He tried inching away on his back, on his stomach, but there was too much trash and more was falling onto him from above. He could see less and less of what lay ahead of him as he got buried under the trash. He could hear the muffled mechanics of the arm and see the tiny bits of trash fly up as he neared destruction. Unable to watch anymore, Barey closed his eyes tightly, bracing himself to become a puddle of bear stew. He could hear the banging every time the block came down, louder and louder. Then, quieter and quieter. Suddenly, the sounds of the trash compacter were gone completely and Barey felt a cool breeze against his fur. Confused, Barey opened his eyes to find himself outside, a group of animals with tribal tattoos on their faces staring back at him.

“You…saved me,” Barey said. His heart was still beating too fast for him to completely comprehend what had happened.

“We saved you because you have yet to meet your destiny, Barey,” the oldest, a turtle, spoke. Barey was beginning to get used to having strange things happen to him, so he didn’t even question how they knew his name. Instead, he let them take him under their wings–at least, the ones that had wings–and lead him the rest of their tribe.

“We want to welcome you to our tribe, Barey,”  a doe said. “We’ve been searching for you for months and it seems that fate must have intervened, letting us find you just when you needed finding the most. Next time, you should really wear slip resistant shoes when you go dumpster diving.”

Barey nodded and listened as all the animals took turns telling him about their tribe. They told him that they were the sacred safety tribe of the forest, that they were the ones who buried exposed roots so hikers wouldn’t trip and dowsed still-smoldering campfires when all the campers have gone to bed. This tribe of animals had done their best to keep everyone, and everything, in the forest safe and sound. They told him that their tribe had formed thousands of years ago, when both animals and man were dying of injures that could have been prevented if someone had bothered to take simple safety precautions. It was this tribe, Barey learned, that had invented the orange caution cones. And it was the tribe that had worked tirelessly to find the perfect slip resistant outsole.

“That’s where you come in, Barey,” the fox said. “This is just the beginning to your journey to keep the forest safe for man and beast alike. We can only do so much–small things like blowing out campfires or warning hikers of an overgrown path. You, however, can do more. You are destined to obtain the powerful Class 5 High Visibility Vest, which will give you the knowledge and power to prevent tragic accidents like your parents’ deaths from happening ever again.”

Barey’s eyes narrowed, the memory of his parents crossing the road without any regard to safety coming back to him. That had settled it. He would do whatever he could to educate and save others from making the same mistakes his poor mother and father did. “Where do I start?” he asked.

The animals were glad that it didn’t take much convincing for Barey to become their safety black belt. But he wasn’t so gung-ho about getting his face tattooed when it came time for him to become an official tribe member. But he closed his eyes, gritted his teeth, and thought about the long journey of mastering safety skills as the wolf took a clean needle and, in a sterile environment, begin to mark Barey as part of the Safety Tribe forever. 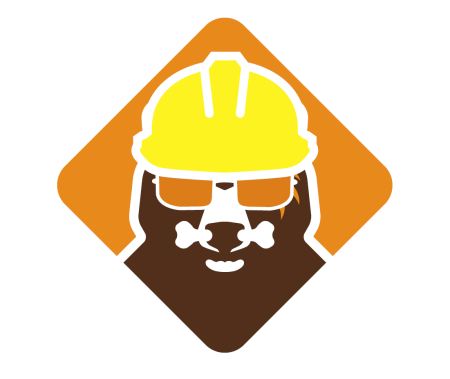 But I bet you’re wondering about that bone in good ol’ Barey’s nose, right? Well, remember that chicken bone that Barey was munching on, the one that got him into trouble? As part of his initiation to the tribe, Barey was presented with a bone that looked almost exactly like it–a bone that was pierced in his nose (much to Barey’s protests) to forever remind him of his previous safety mistakes. Sure, it hurt, and you bet it was a bit of an annoyance, but that bone had a bit of magic in it, giving him the strength an courage to succeed in his quest to prevent safety accidents. And it always reminded him to slip his paws into some slip resistant boots and slap a hard hat on his head before he even went near any more dumpsters.

Who’s REALLY been writing all these blogs this whole time? No one but Barey Bones, that’s who. 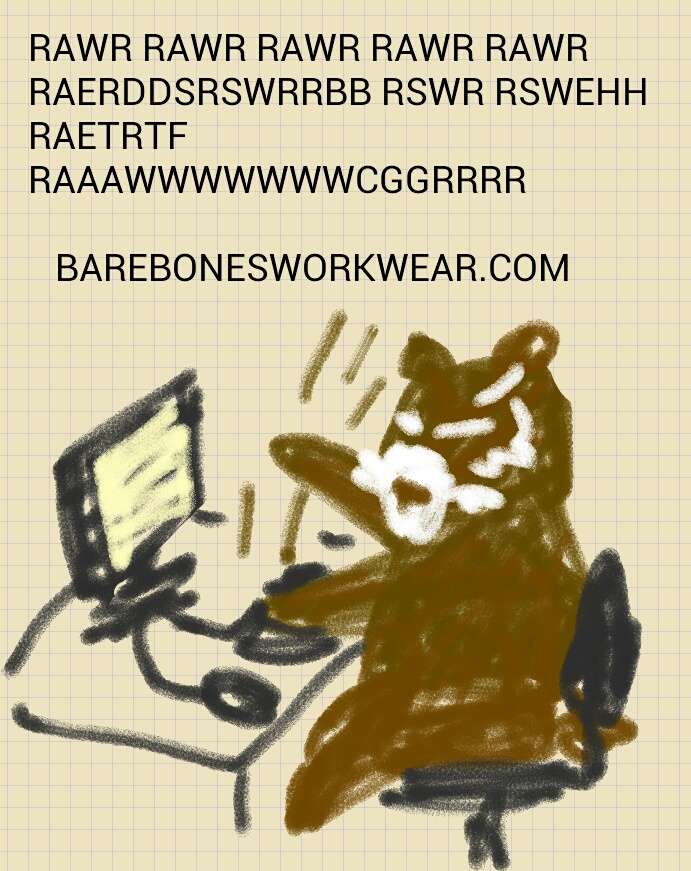 Summer is coming! If you’re like me, you’re anxiously awaiting the 100 degree temperatures, armed with an arsenal of flip flops and ice cream sandwiches. If you’re not like me…well, you at least need some fun sandals to help keep your feet cool as you endure another season of blazing heat caused by that really bright yellow thing in the sky. To help you along (because I’m nice like that), I’ve found some pretty sweet things for you to do this summer, and some really sweet new kicks to wear while doing them. 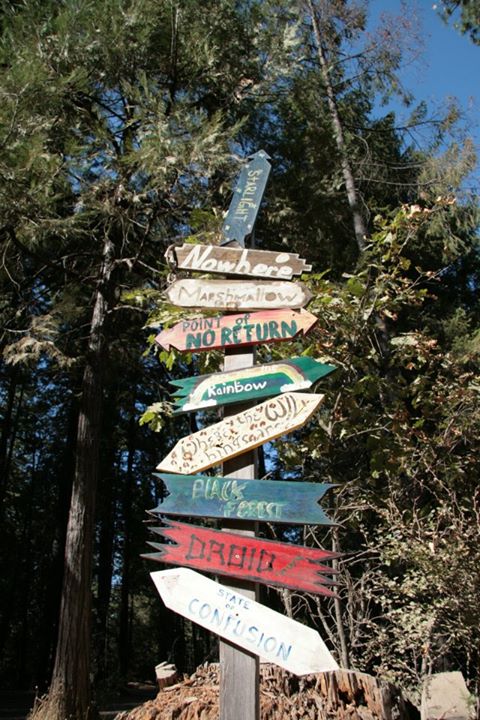 There’s nothing better than taking in the smell of trees, the beautiful sights of the great outdoors, and the sounds of the birds and other woodland creatures as you walk along the trails. And there’s nothing worse than sweaty feet and wet socks on a long hike. Okay, so getting eaten by a bear might be worse. But you won’t have to worry about bears or sweat when you strap on your Hi-Tec 40769 Women’s Waimea Falls Sandals and hit the trails. 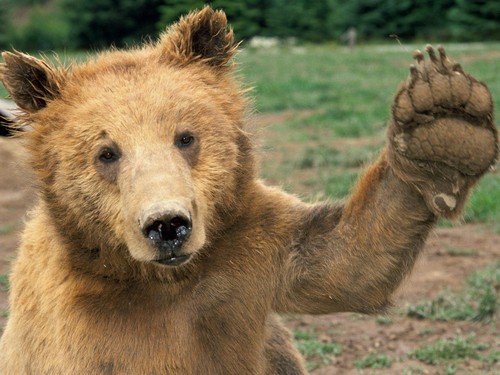 It only looks like a friendly wave. In reality, he’s jealous of your fancy footwear. And hungry. Very, very hungry.

*Sandals not guaranteed to ward off bears. Please stay away from bears.

Hi-Tec 40769 Women’s Waimea Falls Sandals. They come in green. I like green. 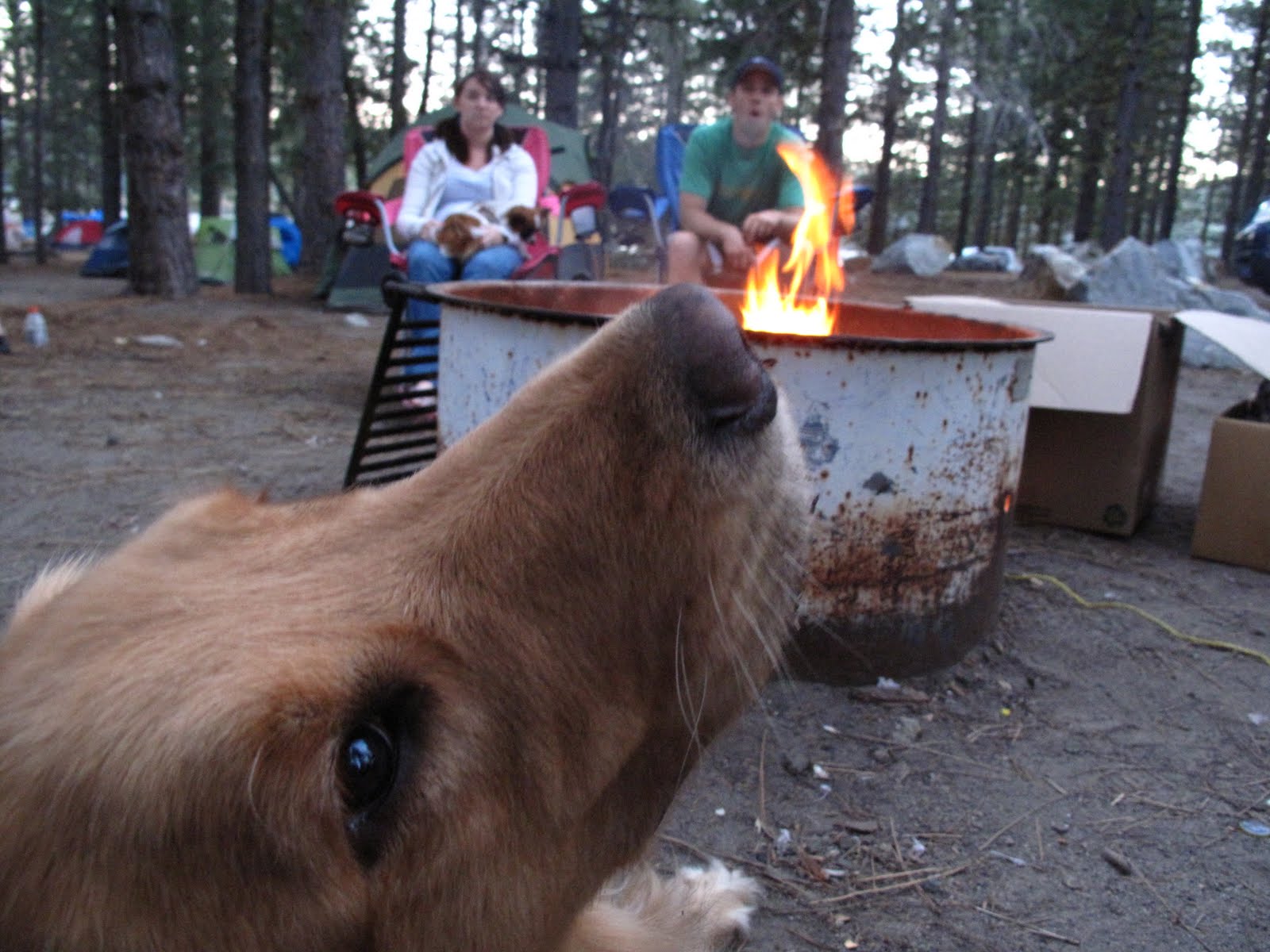 Ahh, camping. Roasted hot dogs on the fire, spending the night under the stars, and all the s’mores you can eat with only a small fraction of the guilt. At night, you’ll probably want to lace up your most comfortable sneakers over a pair of warm wool socks, but during the day, you need a light and breezy sandal that’s both rugged and feminine.

Enter the Timberland Tree 8234R Women’s Earthkeepers Lola Bay Thong. With an extra strap to keep your flips from flopping off (and to make it harder for bears to steal them), these sandals will take you from the campsite to the lake in comfortable style.

You won’t mind the dirt and the bugs as much when you’re enjoying the leather-covered cushioned footbed of the Timberland Tree 8234R Women’s Earthkeepers Lola Bay Thong. 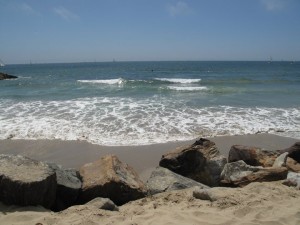 So maybe the woods aren’t your thing–all those bugs, trees and don’t forget the bears that aren’t afraid of sandals. It can be quite scary. So how about a nice trip to the beach? The breeze on your back, the soothing sounds of the waves crashing against the shore, the sand burning your feet. And that’s why we’re here today…even on the beach, you need some protection for your footsies. How about the Carhartt WA069 Women’s Marquette Flip-Flops? Cute, comfortable, and they’ll protect you from those pesky sand demons.

4. Rock the backyard BBQs in style!

Of course, the great outdoors can’t always be so great, and, after all your backyard is 99.9999991% guaranteed to be bear-free. Treat your less fortunate, pool-less friends to a pool party and barbeque! You’ll be the hostess with the mostess when your guests see your fiery red Timberland Tree 8258R Women’s Earthkeepers Whittier Leather Wedge Sandals. Don’t have a pool? With these sandals, you don’t need one! Just show up to your swimming pool endowed neighbor’s house wearing these babies and they won’t be able to turn you down for a relaxing lounge by the pool.

The Timberland Tree 8258R Women’s Earthkeepers Whittier Leather Wedge Sandals in Dark Red will make you the belle of the backyard.

If your summer is filled with grocery store trips and kids’ soccer games, you’ll need a fun and comfortable sandal that will keep you going and won’t make you feel like you spent the day stepping on pointy objects while running away from hungry bears. The Sanita 443684 Women’s Sangria Nikka Leather Open Back Sandal will do just that. The rocker bottom helps to propel the foot forward as you walk, making your stroll through the bread aisle more enjoyable. The best part about spending your summer cheering on the Tigers? They already beat the Bears.

The Sanita 443684 Women’s Sangria Nikka Leather Open Back Sandal in Lime will make your day-to-day tasks a bit more fun and bright.